'A truly magical and uplifting cross-cultural collaboration, bringing together Afro-Latin, Funk and Soul elements with a Senegalese twist. The wonderful voice of Biram Seck and Thibaut Remy's compositions make for an unmissable combo. Must See!'  Tim Garcia (Jazz FM/Musica Macondo)

"Awalé are doing something different with Afrobeat and I do like it." The late Charlie Gillett, BBC Radio

YEWOULEN means 'Wake up' in Wolof with songs written by Senegalese singer Biram Seck and engineered and mixed by band leader, French guitarist Thibaut Remy. Thibaut's album engineering credits include assistant engineer on The Turbans last self-titled album where he worked alongside Jerry Boys from the world famous Buena Vista series and production wizard of all things pan-African, Tom Excell.

YEWOULEN is a call for people to and wake up from their usual ways, to wake up to what unites them, to look at how they can work together as opposed to their differences. This is reflected in in the title track 'Yewoulen' with its mixed elements of jazz improvisation with sabar drummings (Senegalese drum).

Singer Biram Seck is from Dakar, the son of a gawlo (story-teller). Biram's father was a master of the traditional West African guitar/banjo, the xalam, and Biram inherited his ability to tell stories from an early age.  As Biram says of the power of storytelling and music,

"I love music because it is a means of communicating ideas to broaden minds and build an integrated world... a world of peace!"

Songs of peace and unity feature on YEWOULEN sung in Wolof by Biram Seck. Electrifying rhythmic explorations between drums and Senegalese sabar drums while the horn section travels from Ethiojazz to Fania All Stars seamlessly.

The name Awale Jant Band is a combination of Biram Seck's Jant Band and Thibaut Remy's London group Awale - a collective of African, French, British and Senegalese musicians performing for the last 10 years in London.  Awale Jant Band's name means to 'let the sun pass through'. YEWOULEN follows on from Awale's debut album JUST HAVE TO GROW, co-produced by Nick Page whose credits include Jah Wobble and Ladysmith Black Mambazo. YEWOULEN is released internationally through ARC Music on Friday, March 27th, 2020. The album will be launched at The CLF Art Café, London, Friday 27th March.

Thibaut Remy - French guitarist, composer and record producer based in London. He has recently co-produced The Turbans' latest record out on Six Degrees Records.

Kaw Secka - sabar drums, gawlo (griot) from Senegal and Gambia, now in London via Sweden. He also plays in Fofoulah.

John Martin - saxophone, a member of the critically acclaimed contemporary jazz folk septet Metamorphic and the Dr Das Dubnoiz Coalition, the side project of Dr Das, the bass player and founding member of the Asian Dub Foundation.

Ben Brown - drums. Established himself as a sought-after drummer, for his rock solid groove, subtle touch and reactivity. Check out his band Waaju!

Awalé’s debut album “ Just Have To Grow” was co-produced by Nick Page (Dub Colossus) and released in 2012.

“Awalé are doing something different with afrobeat and I do like it.” - 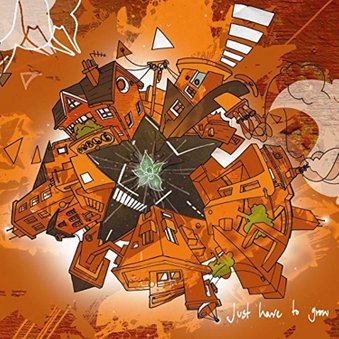